New York City is one of the most populated cities in the entire United States with a whopping 8,3336,817 individuals who call the place home. Lux Private Jet Charter accounts for 13 of those people, providing luxury private jet rental in New York across all 5 boroughs. Below is the history of New York and how it came to be what it is today. 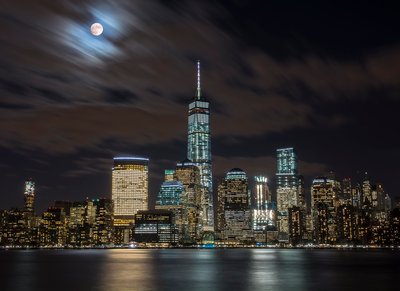 Also known as just New York, NYC, and the Big Apple, New York City began as a trading post that was founded by Dutch Republic colonists on Lower Manhattan in 1624. In 1626, it was renamed New Amsterdam.

Prior to the colonial era, the area was inhabited by Native Americans, mainly the Algonquian, including the Lenape.  They made their living quarters in Staten Island, Brooklyn, Queens, the Bronx, and portions of Long Island.

In 1524, Giovanni da Verrazzano, an explorer from Florence first documented a New York Harbor visit.  He immediately claimed the land for France.  But the English had different ideas.  By 1609 Henry Hudson, an English explorer rediscovered the harbor and dubbed the river, the Hudson River.

A Santo Domingo citizen named Juan Rodriquez was the first non-Native American to actually settle in the area.  He arrived in the winter of 1613 and began trapping and even set up a trading post to represent the Dutch.  The Dutch had control of the land until the English took over.

When the city and its surrounding areas came under English control in 1664, it was renamed once again – this time after King Charles ll of England who granted the territory to his brother who was the Duke of York.  During this time, there were three Dutch-English wars.  The Native Americans battled for their land too but were overtaken by Yellow Fever and all but disappeared.

The 1765 American Revolution brought about much action in the city.  Finally, New York City became the capital of the United States in 1785 but that came to an end by 1790.  Since that time, however, it has been the most populous city in the United States.

In 1904, the subway was opened.  It created jobs and helped solidify the city which was quickly becoming a world trade center for communication, commerce, and industry. With the influx of people came a need for more NYC hotels, which started popping up on every block.

In the late 19th century and even the early 20th century, NYC was the first city in the US immigrants saw when they came to enjoy the freedom and financial opportunity the nation was famous for.  The Statue of Liberty, a gift from France, stood proud in NYC to welcome all.

In the 1920s, NYC became the most populated urban city in the entire world, even larger in population than London.  With the city surpassing the 10 million marker, hardship set in quick with the Great Depression came about. Until that time, Tammany Hall had presided over the city as mayor but the changes called for a change in government as well.  Reformer Fiorello La Guardia was elected into office.  An international airport was later erected and named in his honor.

World War ll vets came back from the war and many made their homes in NYC.  An economic boom was in full swing.  Large tracts of housing in Nassau County and Queens and other similar areas began.  NYC became one of the leading cities in the world for trade and economics.

The United Nations Headquarters was constructed in 1952, a symbol of how far the city had come and a foreshadowing of where it was headed – to all new heights. Museums and art galleries opened cultural appreciation and NYC became the place to be or at least to go.

On September 11, 2001, the city was hit by horrific terrorism as the Twin Towers of the World Trade Center were crashed into by two of four hijacked plane.  Many lives were lost of those who were in and around the buildings as well as those who attempted to save them.  A memorial and museum now pays tribute to their honor.

Many innovative moves and great people helped make New York city the wonderful place it is today.  In addition to those who live there, millions of tourists flock to NYC each year.